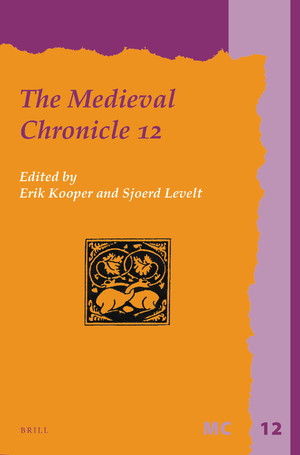 My academic article, “The Idea of Music in the Latin Polychronicon of Ranulf Hidden and the English Translation of John Trevisa” now appears in The Medieval Chronicle, Vol. 12, edited by Erik Kooper and Sjoerd Levelt, pp. 38-58.

This essay examines the treatment of music as a theme in the fourteenth-century Latin Polychronicon of Ranulf Higden and the English translation of the universal history by John Trevisa. Both compiler and translator were preachers, with special interests in encouraging monastic and priestly preachers, and it appears that they received and transmitted stories concerning music that could serve as moral exempla. This becomes clear through an analysis of stories in five categories: the origins of music, famous musicians as moral exempla, music and sexual morality, music and national identity, and music and wisdom. Key figures examined include Tubalcain and Pythagoras, Socrates, King David, Emperor Nero, Caedmon, Saint Dunstan, Syringa and John, the Cardinal of Rome, while key people groups considered include the Cretans, the Irish, the English, and the Normans. The essay concludes with reflections on the connection between music and wisdom evident in stories retold about Socrates and Pope Sergius I.

I’m a poet. When I was fifteen, I got my first regularly paying job as an optician, so I developed the habit of looking at things closely, through different lenses, and from different perspectives. I later became a professor and a midwife. So I like to share what I’ve learned with others in ways that are creative and meaningful, and I know how to care for pregnant mothers and welcome babies with love, which I’ve done in far-flung places like Chicago, Denver, San Francisco, Uganda, and the Philippines. I haven’t lost my faith in God despite everything I’ve seen – the opposite, rather – I am in awe of the Creator. I like zumba dancing and birdwatching. I love music. All of this (and more) goes into the poetry. Poetry bears witness to everything that matters in life. https://janebeal.wordpress.com View all posts by Jane Beal

SANCTUARY (1300-50 Middle English from Late Latin "sanctuarium"): 1) a sacred or holy place; 2) the biblical Tabernacle, the Temple in Jerusalem, or the holy of holies within these places of worship; 3) a temple or church, 4) the part of the church around the altar, 5) a sacred place where fugitives are safe from arrest, 6) any place of refuge, 7) a place of refuge for wildlife, birds, or butterflies.